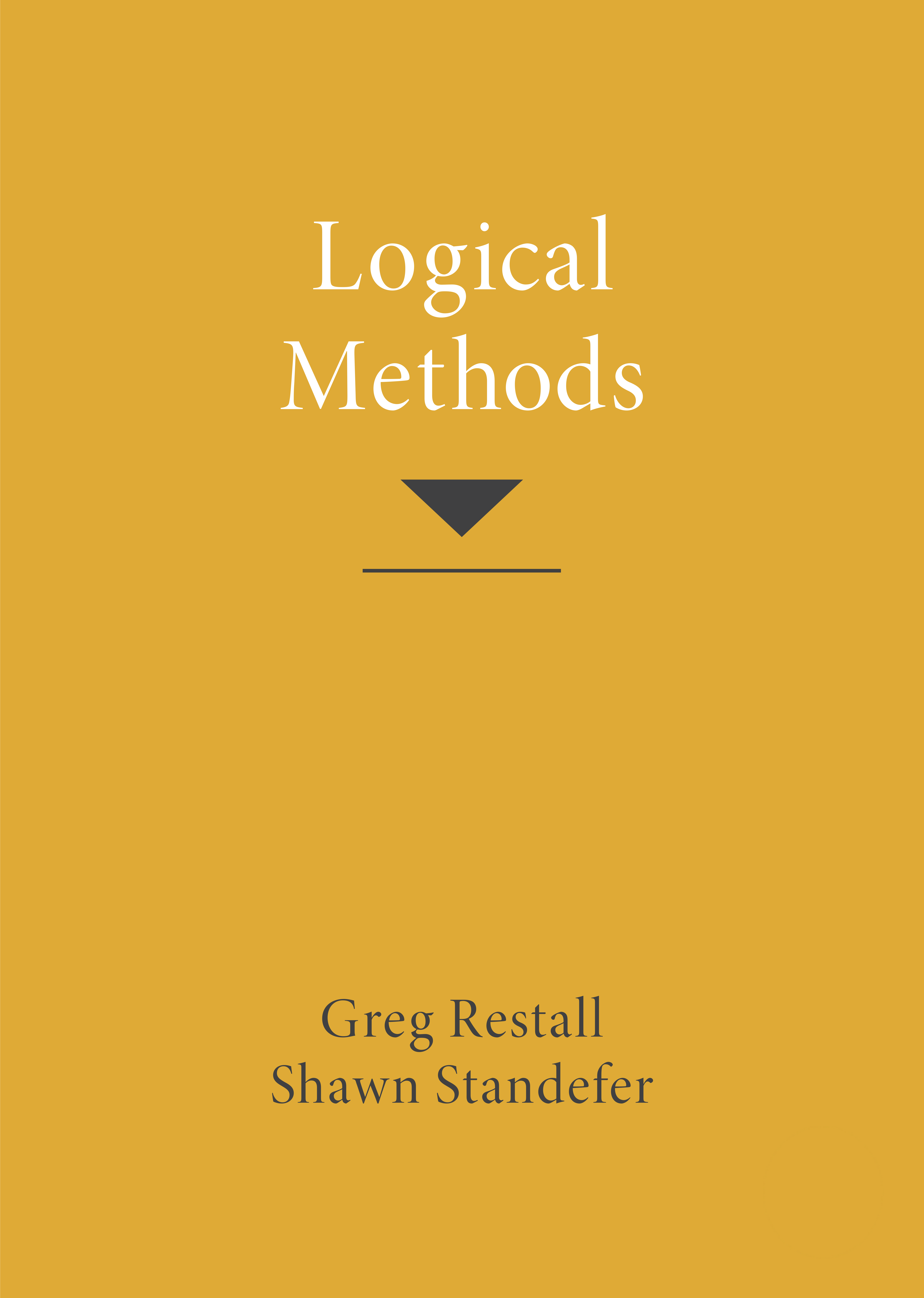 As the cover blurb says Logical Methods is an accessible introduction to philosophical logic, suitable for undergraduate courses and above. Rigorous yet accessible, Logical Methods introduces logical tools used in philosophy—including proofs, models, modal logics, meta-theory, two-dimensional logics, and quantification—for philosophy students at the undergraduate level and above. The approach developed by Shawn Standefer and I developed is distinct from other texts because it presents proof construction on equal footing with model building and emphasizes connections to other areas of philosophy as the tools are developed.

Throughout, the material draws on a broad range of examples to show readers how to develop and master tools of proofs and models for propositional, modal, and predicate logic; to construct and analyze arguments and to find their structure; to build counterexamples; to understand the broad sweep of formal logic’s development in the twentieth and twenty-first centuries; and to grasp key concepts used again and again in philosophy.

The text was developed through years of teaching intermediate (second-year) logic at the University of Melbourne. If you’d like to read more of my reflections on that experience, see this news entry from 2019.

It is available from MIT Press.

I’m Greg Restall, and this is my personal website. ¶ I am the Shelby Cullom Davis Professor of Philosophy at the University of St Andrews. ¶ I like thinking about – and helping other people think about – logic and philosophy and the many different ways they can inform each other.

To receive updates from this site, subscribe to the RSS feed in your feed reader. Alternatively, follow me at  @consequently@scholar.social, where most updates are posted.