(These are entries from my blog from 2000 and early 2001. They were originally hosted on a small server at Macquarie University. Most of the links are dead now, but I have kept them as they are here, for nostalgia’s sake.)

This is a parting gift, because I'll be taking a week or two's sabbatical from surfing the web over this Christmas break.

Less time web browsing means more time reading and listening to music, cooking and entertaining, melting in front of the cricket, in the heat, and generally enjoying being with friends and family. I hope your Christmas/Solstice/Hannukah/whatever else is just as refreshing. See you in 2001.

9:01 AM ~ Wisdom, from Brenda: Good mathematics, like good cinema, must leave something to the imagination.

This is handy to know, as I'm meant to be spending this week rewriting my unit notes for this. And yes, Brenda's statement is relevant, because about 50% of this unit is straight mathematics, despite the philosophy tag the units get. For example, I'll be helping my students absorbe and understand two or three completeness theorems, which are reasonably heavy-duty mathematical results.

It's always a struggle to formulate the best way to introduce new concepts and techniques, but the look on students' faces as they get it is more than adequate recompense. (Well, together with the salary I take home.)

1:55 PM ~ This research from my colleagues in the Speech, Hearing and Language Research Centre has received a good deal of attention today.

11:29 AM ~ Are you finding it difficult to get your hands on a Playstation 2? Could this be why?

8:37 PM ~ Here's the house that Mike and Heather built: the story of how a family renovated an inner Sydney terrace to ensure that it used its own power and water, and reuses all of its sewage on site. The links page on that site has pointers to other sustainable houses.

8:24 PM ~ More counterfactuals. Paul Ford at Ftrain has us consider this: If the Nazis had won, would we have Linux?

7:47 AM ~ Add my voice to what he said about the cabinet reshuffle. Add to that a general worry about Ms. Vanstone in Family and Community Services. Given her "performance" in Education, we'll see how she deals with this poisoned chalice. (Notice the only position in Cabinet that this government can ever find for a woman is "Family and Community Services". Exactly where is a woman's place in this world?) 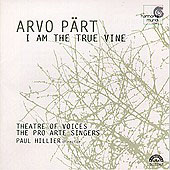 What an eclectic music review site! Hollow Ear has some pointers to explore. I was drawn there by a search on the Arvo Pärt/Paul Hillier disc, and I've stayed for much longer.

7:33 AM ~ Sometimes a web page just leaves you hanging. Has he finished?

3:39 PM ~ On Love between man and corporation. Truly bizarre, and also a delight.

1:23 PM ~ Remember the Atlas of Experience I mentioned before? At the website associated with the book, you can make your own.

10:57 AM ~ If you want to see an important gift catalogue, try TEAR Australia's Arguably The World's Most Useful Gift Catalogue. If you want to give someone a worthwhile Christmas gift, these are great ideas.

1:48 PM ~ At least the cricket has become more evenly balanced.

11:20 AM ~ Lisa Reeve from Very Baby has prompted a discussion about online diaries about your child. This is not a particularly new phenomenon, with autobiography being a long-lived literary form. But this web page is rather further away from autobiography than most of these frequently-updated personal sites. I use it to keep a track of what I find online. Through that, you might find out something about me, but that's not the aim. It's much more fun to do that in person, over a cup of coffee.

9:52 AM ~ I'll be teaching upper level logic again next year. It's clearly time to brush up on my blackboard technique.

Even the eminent Gian-Carlo Rota thought that blackboard technique is an important but unsung art. Rota's other lessons are also food for thought. Read the lot in his Indiscrete Thoughts.

9:52 AM ~ I think today is a research day, once I get the tedious administration done with. So, no posts today while I do some reading.

8:50 AM ~ Here is a wonderful collection of pieces of reasoning. An example distilled from some current US political rhetoric:

The fact that the actual reasoning contained in so much political rhetoric is so bad should make you think that something else is going on in that kind of talk. What ever it is, it isn't the giving of reasons, it's not dialogue, and it's not clarifying issues.

6:35 PM ~ Here is the fruit of rather a lot of negotiation at my workplace. It will probably circumscribe the conditions under which I will work in the next little while.

1:06 PM ~ I forgot to mention before: It's our seventh anniversary today. That, together with the piles of course administration, explains why I'm not here.

We even managed to beat the dealer down significantly on price, and to accept our decrepit car as a trade-in. We pick it up on Tuesday. Our only constraint was that we'd buy it if it was in decent working order, and if they'd accept our wreck of a car, but when the dealer actually asks you so what is your limit? you have to name something significantly lower than the price they're asking for, just to see if they'll come at it. And in this case, he did.

I'm glad the dealer had no idea that I'm terrible at bargaining.

7:03 AM ~ We're off to buy a car. Under the new family circumstances we've decided four doors good, two doors bad. 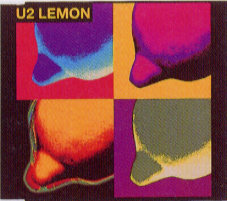 Judith points me to a guide to preserving lemons. Given how incredibly prolific our lemon tree is, I think I'll give this a go. Sounds scrumptious.

2:15 PM ~ It's no longer just a stereo. Now my silent desktop computer contains more memory than the hard disk capacity of all but my last two computers. (Probably combined.) And boy does software zing. Thanks, ARC, and by extension, thanks, Australian Taxpayers!

11:03 AM ~ Graham is right: ABC management couldn't program decent music to get their way out of a paper bag.

9:08 PM ~ I interrupt this broadcast to present a puzzle for you. There'll be fame, fortune and gratitude1 for you if you can give me a positive response. Here goes:

Now for some explanations and clarifications:

First: I don't care what metric you equip the function space [D -> I] with. What I do care is that it's the space of all absolutely continuous functions from D to the unit interval. And I care that the isomorphism f itself be uniformly continuous too.

Second: You might find this question rather similar to what domain theorists have done. The famous result of Scott is to construct a space D isomorphic to the space [D -> D] of continuous functions from D to itself. This is an ingenious iterative construction. (And he uses it to construct a model of the lambda calculus.) My inexpert attempt at doing the same sort of thing (while on the train on the way home today) crashed and burned. I have no idea if these techniques can be made to work for my problem.

Third: If there's a nice proof of the existence of such a space, there's a nice explanation of the consistency of a naive theory of classes, despite Russell's paradox. The trick is turned, as usual, by stuffing around with the logic. (Here it's Lukasiewicz's infinitely valued logic which is in my sights.) The nice thing here is that the existence of this function space will give us a consistency proof by what are hopefully insightful semantic technqiues, rather than the dry axiom-chopping usual for such consistency proofs.

1Perhaps not in equal quantities.

I now return you to your previously scheduled programming.

10:11 AM ~ Explore an imaginary year. (Link found via the delightful Caterina.)

7:36 PM ~ The Pittsburgh U Philosophy Department seems to want to learn Linux and Java.

8:14 AM ~ The magazine inside the weekend paper had a few pages on the amazing Atlas of Experience by cartographers Jean Klare and Louise van Swaaij. Words don't do it justice: it is literally an atlas of human experience. Pages and pages of maps, covering change, adversity, regret, food (both fast food and haute cuisine), forgetfulness and much much more. It's landed on my wishlist.

These maps reminded me of Simon Patterson's The Great Bear which replaces station names on a map of the London Underground with famous personages (so the lines feature Comedians, Philosophers, etc, which makes the choice of people at the intersections often a delight). Why? It's the spatial representation of non-spatial relationships.

3:38 PM ~ I have spent a relaxing morning, helping complete the Sydney Morning Herald cryptic crossword, and helping consume a rather incredible amount of breakfast, at the delightful Parsley Bay.

For some reason, the crossword online is not the same as the one in the newspaper. And no, I can usually complete about one entry in a cryptic crossword. (For a starter about how to do these things, and a great Australian Music puzzle, try Adam Spencer's puzzle for Australian Music Month.)

12:23 PM ~ My best source of news during this Florida Presidential Incident has been Phil Agre's Red Rock Eater news service. Check the mailing list archive to see what you missed.